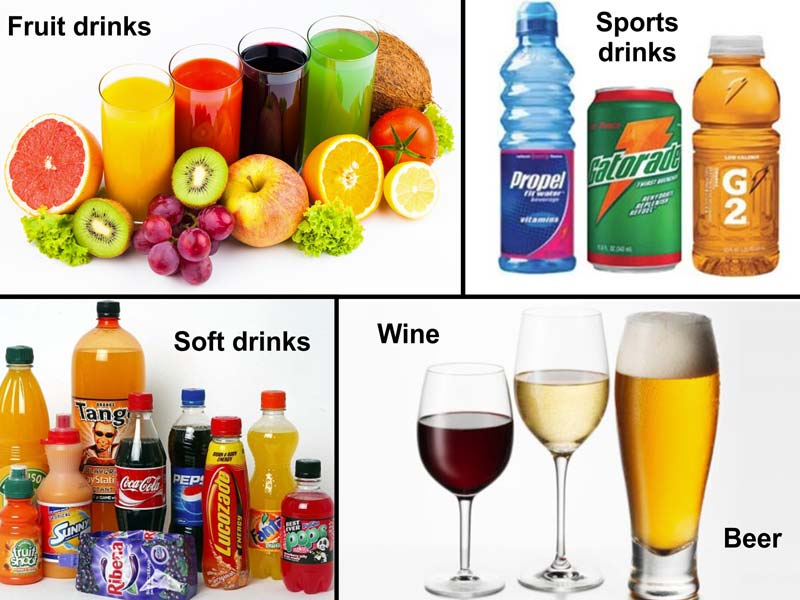 The enamel protecting our teeth—primarily made up of calcium hydroxylapatite and calcium fluorapatite—is a remarkable substance. The hardest substance in our bodies, it nonetheless cannot be taken for granted and in fact can be damaged more easily than many people imagine. 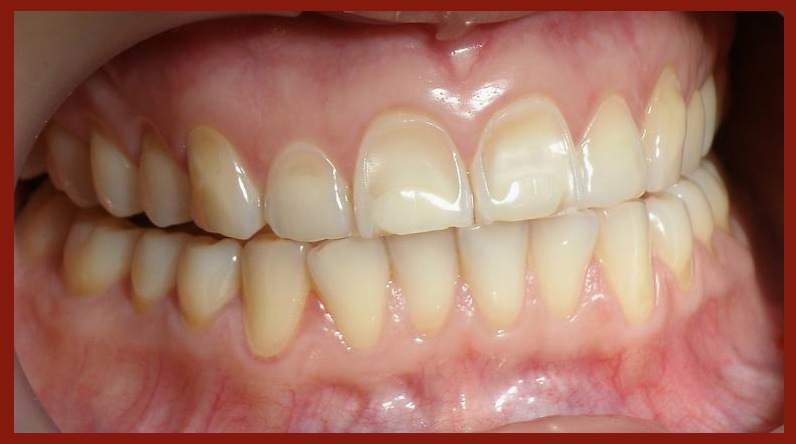 The degree of tooth damage caused by acid erosion varies depending on a number of factors: the acidity of the drink, the type of acid involved, and the length of time that the teeth are exposed to the acid in question.

The pH scale measures the degree of acidity or alkalinity in a substance, including food and drink. This scale positions neutral substances at 7, and increasing acidity is reflected in decreasing numbers while increasing alkalinity is reflected in increasing numbers. Tooth erosion can be caused by substances with an acidity pH number below 5.0 to 5.7. That means that even coffee and beer have some potential effect, but more acidic drinks like fruit juices and carbonated drinks are the ones of most concern. This pH scale shows diagrammatically where some common substances are located on the pH scale. 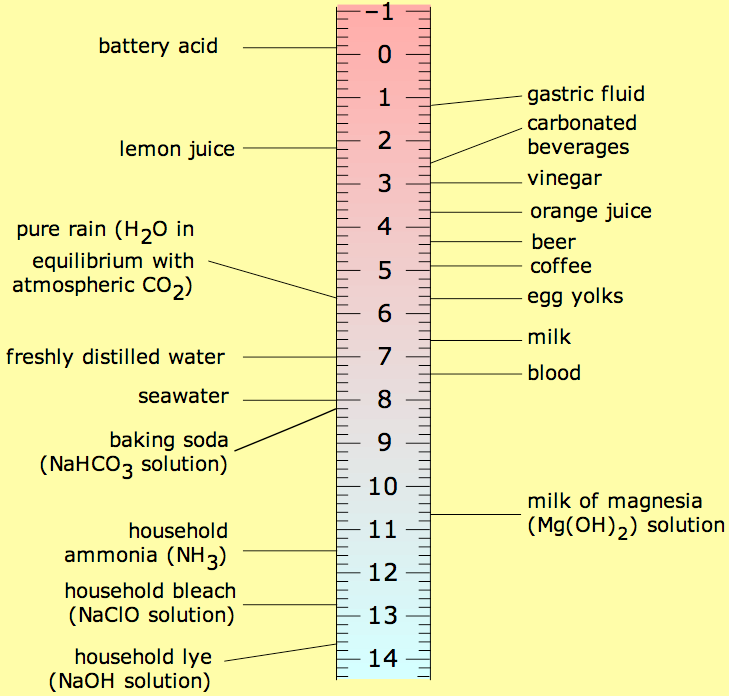 Looking at the pH scale, one thing to notice is that some of the most damaging drinks are not necessarily the most acidic. This se 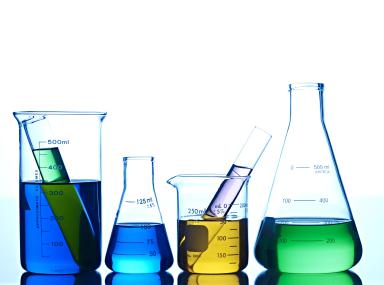 eming contradiction is because the type of acid involved makes a difference. So, although carbonated drinks are very acidic, the acid attributable to their carbonation — carbolic acid — is not particularly prone to causing tooth enamel demineralization. That said, carbonated drinks have other more aggressive acids also, including citric and phosphoric acids. On the other hand, fruit juices are primarily characterized by citric acid, which is a potent demineralizing agent.

The length of time that an acid is in contact with teeth, the greater the potential for tooth erosion caused by acidity. This factor becomes particularly significant with young children, who may be given fruit juice in a drink cup or even in a baby bottle. Such long-time exposure gives the acids in the juices time to work. When, in the worst scenario, a child is sent off to sleep with a bottle of fruit juice as a pacifier, the time of acidic exposure could run into hours. 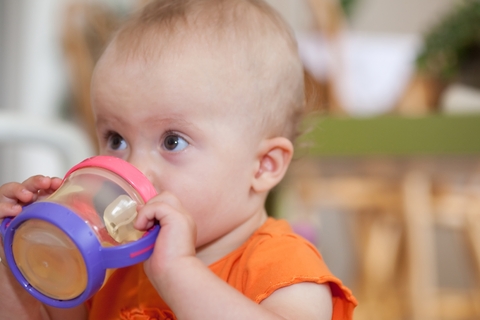 Carbonated soft drinks are often tagged as problematic for their acidic effect on teeth, and one study looked at 20 commercial soft drinks and concluded that the erosive character of soft drinks was not directly related to acidity alone, but to the combination of acidity, sugar, and carbonation. As a result, the study found, among other things, that non-diet soft drinks were worse for teeth than diet drinks, and that the soft drinks ranged in acidity from a high (good) of 4.038 for Mug Root Beer to a low (bad) of 2.387 for RC Cola. The worst of these drinks can reduce tooth mass by up to 5% after immersion for 48 hours. 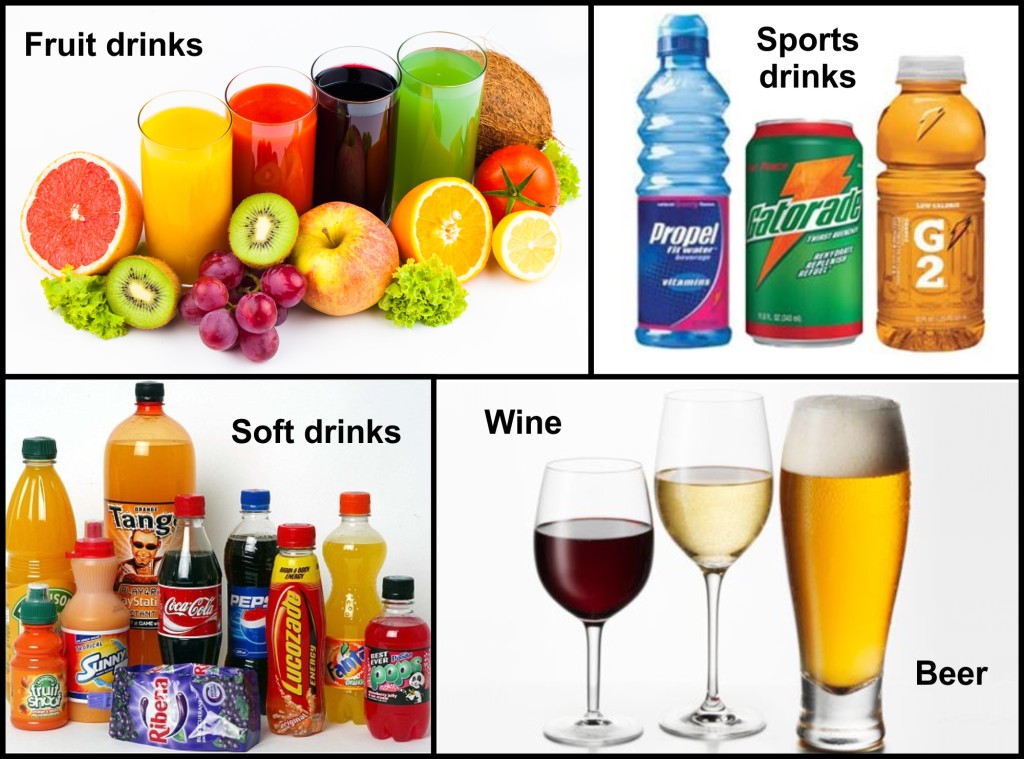 As bad as soft drinks are perceived to be, the same study found that fruit juices and drinks were worse. While fruit juices are often perceived as healthy drinks, they are in fact the most damaging to teeth in terms of the acid erosion they cause, because of their citric acid content.

Sports drinks also did not fare well, as many of them are recreation of fruit juices, and so have high levels of citric and phosphoric acids.

Wine and beer were a bit better, but still can be acidic enough to have some demineralizing effect on teeth.

The effects of acidic drinks on the teeth can be reduced by rinsing with water, by cleaning the teeth soon after (but not immediately after, as the enamel might still be soft for a while after exposure), and by reducing the length of time of exposure. 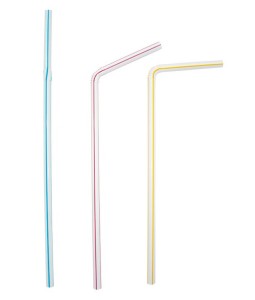 The length of time your teeth are exposed to acidic drink can be reduced by using a straw (which conducts the drink away from the front surface of the front teeth), and by changing habits. Adults can regulate how often and how quickly they drink acidic drinks, and how long they hold the liquid of a drink in their mouths. Importantly, adults can also make wise choices about the exposure to acidic drinks that children in their care receive. In particular, leaving children with fruit drinks and juices to sip at leisure is best avoided, as is leaving a child with an acidic drink to lull them to sleep.

While the manufacturers of drinks that are potentially damaging to teeth tend to focus on other risks to teeth, it remains undeniable that avoiding drinks that can erode tooth enamel makes good sense.

In addition to acid damage to teeth, it’s possible to harm teeth with too much alkalinity. While such damage is a less common issue, and works through a different mechanism, overly alkaline drinks can harm the organic content of teeth, leading to greater vulnerability for the enamel.

Serious acid erosion is not reversible, but it can be repaired. To investigate the condition of your teeth, and for further information on tooth erosion and the drinks that can cause it, contact Sherway Gardens Dental Centre.